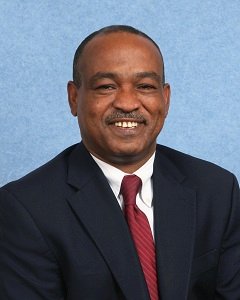 Omer Osman was appointed Transportation Secretary by Illinois Gov. JB Pritzker in 2019. His role as secretary reflects three decades of experience at the Illinois Department of Transportation in engineering and management, most recently serving as deputy secretary.

Osman began his career at IDOT as a civil engineer in 1989. As he acquired experience at the department, he progressively took on more challenging leadership roles, starting at the district level and then moving into executive management. Moving through the IDOT ranks gives him unique insight into department operations and scope, funding challenges and opportunities, as well as the need for strategic maintenance and infrastructure growth to support economic development and travel for Illinois residents.

Under his leadership, IDOT continues to champion diversity. Osman played an integral part on past statewide recruitment efforts to diversify personnel in all state job classifications. He remains an advocate for eliminating barriers and increasing access to IDOT partnerships with Disadvantaged Business Enterprises and minority- and female-owned businesses.

His vast experience in transportation includes the management and advancement of complex projects and the assessment of current resources to inform funding and programmatic needs to create a multimodal system for the 21st century. He fosters a culture of innovation and stresses the importance of IDOT leading the nation in best practices, including programs and initiatives that position the agency as one of the most innovative departments of transportation in the country.

A native of the Sudan, Osman came to the United States to study civil engineering at Southern University and A & M College in Baton Rouge, Louisiana. He also earned a master’s in civil engineering with an emphasis in construction management at Bradley University in Peoria.

In addition to holding licensure as a professional engineer, Osman is a graduate of the Professional Advancement of Career Engineers program and is a member of the American Association of State Highway and Transportation Officials policy and highways committees. 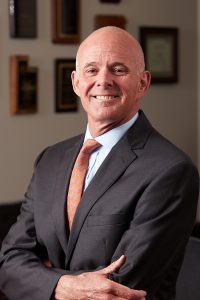 Utah Governor Gary Herbert appointed Carlos Braceras to serve as Utah Department of Transportation (UDOT) executive director on May 6, 2013. Former UDOT Executive Director John Njord appointed Braceras to deputy director in May 2001. At the time, he was the director of UDOT’s Region 3.

Braceras also worked on the Legacy Parkway/I-15 North Project, where he was responsible for development of the environmental documents, design–build contracts, and construction of both facilities. In 1998, he was named “State of Utah Governor’s Manager of the Year” and received the “UDOT Leader of the Year” award. 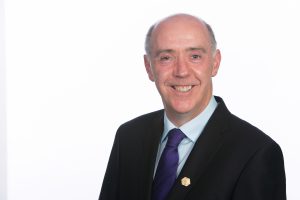 Dr. Kieran Feighan is a graduate of NUI Galway in Ireland and Purdue University, Indiana. He is a Chartered Engineer, a Fellow of Engineers Ireland, a Fellow of the Irish Academy of Engineering, and a Member of ASCE. Feighan has lectured for many years to undergraduate and postgraduate engineering and business students in the three leading Irish Universities. He is recognized through his work, professional activities, and publications as a leading international expert in the areas of pavement evaluation, pavement management and asset management of road networks. Feighan held the office of President of Engineers Ireland in 2017/18.

Feighan has acted as specialist technical advisor in the pavements area for a number of public bodies in Ireland including Transport Infrastructure Ireland, the Department of Transport, Dublin Airport Authority, Office of Public Works, Commission for Aviation Regulation, and the Department of Defence. He has been directly involved and responsible for the design of new pavements and rehabilitated pavements on hundreds of pavement projects covering roads, airports, ports and industrial flooring projects in Ireland, United Kingdom, Europe, Asia, Africa, the Caribbean, and North America. 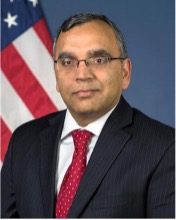 Prior to this position, Kalla served as the Associate Administrator for Research, Development, and Technology where he provided executive oversight to FHWA’s national highway research and technology programs. Prior to his most recent appointment, Kalla served in the SES position of Director, Office of Preconstruction, Construction, and Pavements within the Office of Infrastructure. In this role, Kalla provided national leadership in pavement technology and construction engineering to FHWA Headquarters and field offices, state and local governments, industry, and academia.