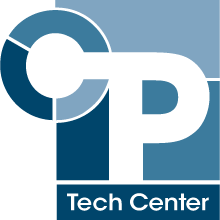 Virtual meetings have become the norm as the COVID-19 pandemic continues, but they’ve also allowed the National Concrete Pavement Technology Center (CP Tech Center) to expand its reach both nationally and worldwide.

While the CP Tech Center regularly drew crowds for its in-person events and its staff traveled across the country to spread the word about its projects, the virtual events have only grown the center’s potential audience.

The Iowa Better Concrete Conference, held as a series of four webinars in November and December 2020, attracted 313 unique attendees (averaging about 180 per webinar) from 18 states and British Columbia in its virtual format. The in-person, one-day event in 2019 had an attendance of about 140 people, mostly Iowans.

It’s worth highlighting a few other notable numbers:

It’s not about the numbers, though. It’s about making a difference to more people. The feedback from the ADA compliance series showed the extent of CP Tech Center’s impact and its reach.

“This is an excellent webinar. It should be required for all designers,” read one comment. Another read, “Great job! The wheelchair video was eye-opening.”

The series reached across the globe, as one attendee signed off from Australia with the comment, “Great presentations—well done and good night!”

The webinars also allowed for new and expanded partnerships. Recent webinars featured guest speakers from the International Grooving and Grinding Association, Oklahoma Turnpike Authority, University of Illinois at Urbana-Champaign, and the Iowa Department of Transportation (DOT).

It’s an option that people are taking advantage of, as the introduction to the concrete overlay series has gained an additional 500+ views since it posted in April 2020, making it InTrans’ most-watched recording since the pandemic began.