Why should I care: Leaning Tower of Pisa with a civil engineer?

In the last article of this series, “Why should I care: Mount Rushmore without a designer,” we learned that designers are vital to making things not only “look good,” but also for using engineering principles so the design comes out as planned. In this article, we will be looking at why the Leaning Tower of Pisa leans, and what would have been different had a civil engineer been involved.

Like Mount Rushmore, the impetus for building the Leaning Tower of Pisa was as a tourist attraction. Located in Pisa, Italy, the tower, along with three other monuments, makes up the Piazza dei Miracoli (“square of miracles”). 1 Unlike the quick construction of Rushmore (which took just 14 years), the Leaning Tower of Pisa took almost 200 years to complete, beginning in 1173 and ending in 1372. It’s likely that construction could have taken much less time if it hadn’t been stalled due to wars with Genoa, Lucca, and Florence. The12th century was a high point for the Republic of Pisa due to their recent military successes, which is why the construction of the Tower began when it did.

Why does it lean?

Imagine that you just finished building the third floor of an eight-story tower and you notice the whole thing is leaning. Not your best day, right? To the dismay of the Leaning Tower of Pisa’s original architect, whose identity is unknown, it was later realized that the shallow, ten foot long foundation in wet soil composed mostly of clay, fine sand, and shells (the city sits between the Arno and the Serchio Rivers) was to blame for the lean. 2 After all, the tower does weigh 14,500 tons! Once the public realized there was a lean, which was subsequently the same time as the start of another war with Genoa, construction was stalled for nearly a century. Careful monitoring of the lean didn’t begin until about 1911. It was then that measurements revealed that the top of the tower was actually moving at a rate of around 0.05 inches each year. If not for the 100 year delay in construction, which allowed time for the soil to stabilize and settle, the tower would have collapsed long ago.

But don’t just blame the original architect for the lean! The next architect, Giovanni di Simone, shares some of the blame for his construction process in 1272. When Simone noticed that the tower was leaning even further (at this point, one side was six inches taller than the other!), he tried to compensate by making the shorter side’s columns taller on the fifth story. At this time, the lean was even more significant and construction was halted again after the defeat of the Republic of Pisa at the Battle of Meloria in 1284 by the Genoese fleet.

Finally, the “cherry on the cake,” which made the lean even worse, was the addition of the bells in the belfry tower. The final architect, Tommaso Pisano, put in a spiral marble staircase and bell tower, both contributing to the lean. Upon completion around 1350, the tower was leaning 4 feet 7 inches; by the 20th century, however, the tower was leaning by more than 17 feet! 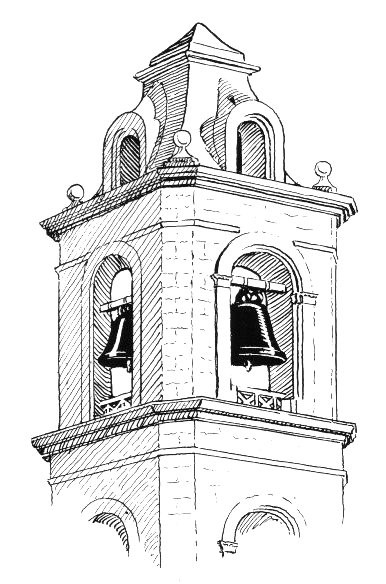 But what if there had been a civil engineer?

Although the Tower has become famous partially because it leans, it was believed that the lean would ultimately lead to the building’s collapse if nothing was done.

The tower is built with limestone and lime mortar, though the exterior of the tower is covered in marble. The limestone is probably why the tower has not cracked and broken—so far—the rock is flexible enough that it can withstand the pressures placed on it by the lean.

But despite all that, the Italian government called for a task force of engineers, mathematicians, and historians (to preserve the architecture) to come together in the 1960s to talk about how the leaning tower could become more structurally sound but maintain the famous lean.

Had a modern-day civil engineer travelled back in time to 1173 to Pisa, Italy, it is unlikely that they would have recommended the tower be built where it is today, which is basically on top of marshy soils made of clay and silt.

They would also have had the technology to test the foundation’s relationship with the nearby water table*, which is also to blame for the lean. For years, the fluctuating water table perched higher on the tower’s north side caused the tower’s characteristic slant to the north.

When modern-day engineers arrive at a probable construction site, they conduct an overall environmental assessment. One of the most important tools used by engineers as part of this assessment is called “soil boring,” which is when they drill a hole into the soil to study the soil composition and do testing on the rate of settlement and the height of the water table. By taking a soil sample through techniques like “soil boring,” engineers can test at what depth the soil has high moisture content (signaling where the water table might lie). The soil boring test would have shown that the foundation needed to reach past the unstable clay soils and shallow water table into more dense soil; also, civil engineers today know that buildings in poor soils must have deeper foundations than just 10 feet (should have been more like 60 feet!)

Medieval architects didn’t possess what modern-day civil engineers do now—the tools and expertise of the future and generations of learning from past mistakes.

Stephen Post, a modern-day graphic designer, illustrates what a non-leaning Tower of Pisa may have looked like had a civil engineer been involved. Upon looking at the illustration, he admits there is something “off” about a perfectly straight Tower. This famously tilting landmark is a perfect example of “bad engineering,” however, it literally keeps standing because of the work of civil engineers of the present.

Hundreds of years later, in 1964, engineers and other professionals were pulled in to understand how to stabilize the tower. In 1990, the bells were removed to reduce the extra weight, an idea spurred by the collapse of the neighboring 900 year old bell tower—the Civic Tower of Pavia—in 1989, killing three people.

According to an annual report released by the official surveillance group in charge of monitoring the famously tilting structure, the tower has recovered roughly 2.5 centimeters (almost one inch) of its vertical incline between 2001 and 2013. 3 A drainage system was also put in place to normalize the water table levels during the rainy season, which is said to have stopped the Tower from leaning any further.

Ultimately, this is a win for the Pisa community, but the slight progress allows the tower to retain its popular modifier… it’s still leaning, after all. According to the experts, though, the monument can now be considered safe for the next two to three centuries.

* The “water table” is the line at which the unsaturated ground meets the saturated ground. Have you ever dug the sand on the beach near the water? If so, you probably found water soon after digging. If you dig far enough in any area, you will find the water table. Of course, the water table will be much shallower in areas closer to sea level. The water table follows the general topography, or shape, of the land. In the case of the Leaning Tower of Pisa, the water table is known to rise almost one foot during times of high rain fall, which caused the tower to lean further!