This month’s series is dedicated to women engineers that have changed the transportation industry. Women working in an engineering field in the 20th century faced many barriers to success. This typically male-dominated career path has steadily enlarged to include more women, which has further broadened the field of engineering by including women’s ideas, creativity, and values.

Bonnie Dunbar grew up on a farm in Sunnyside, Washington. From the beginning, she had a strong kinship with science fiction novels, especially those focusing on space exploration. Despite being persuaded to return to the family farm and start a family of her own, Bonnie instead pursued a career in engineering as recommended by her high school physics teacher. When she began attending the University of Washington in 1966, she was only one of nine women in her engineering cohort of 2,000 students. During Dunbar’s first day in statistics class, she faced discrimination by her teacher who asked her to sit in the back of the classroom as to not distract the “real” engineers, referring to the other men in her class.

Even so, Dunbar succeeded in her engineering classes and was a part of several extra-curricular activities. She continued on to get her Master of Science (M.S.) degree in ceramic engineering and later her doctorate in mechanical/biomedical engineering.

Was it hard for Dunbar? What hardships did she face being an engineer in the late 20th century? Well, let’s put ourselves in Bonnie Dunbar’s shoes.

In 1960, women still were oppressed in many professional areas. For instance, in 1960 women only accounted for “six percent of American doctors, three percent of lawyers, and less than one percent of engineers.”2 In the 1960s and 1970s, there was what was called the “second wave” of feminism. While the “first wave” concentrated on the push for women suffrage (i.e., right to vote) in 1920, the “second wave” was more focused on equality for women in politics (i.e., equal pay and opportunity) and in their personal life (i.e., lessened expectation to be a homemaker).

Thanks to the second feminist movement, there is now “women’s equal access to education, increased participation in politics and the workplace, abortion and birth control access, existence of resources to aid domestic violence and rape victims, and the legal protection of women’s rights.” Women during the 1960s and 1970s were able to get laws passed that all women benefit from today.

Once Dunbar graduated with her bachelor’s degree from the University of Washington in ceramics engineering, she went to work for the Boeing Company (a multinational corporation that designs and manufactures airplanes) in their computer services department. After she received her master’s degree in 1975, she began her 27 year career at the National Aeronautics and Space Administration (NASA). Only six years after working in the Lyndon B. Johnson Space Center as a flight controller, she pursued her dream and became an astronaut in 1981. She was able to spend more than 1,208 hours or 50 days in space, including being a part of the following missions: Challenger (1985), Columbia (1990), Atlantis (1995), and Endeavour (1998). 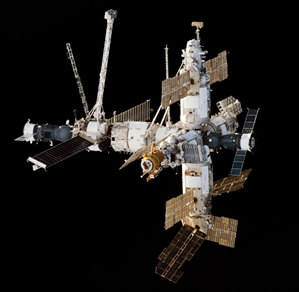 In her final mission on Endeavour, Dunbar is best remembered to have successfully transported “four tons of scientific equipment, supplies, and water to the Mir space station as well as 23 scientific experiments.”  After Dunbar’s time as an astronaut, she then became the Assistant Director for University Research and Affairs at the Lyndon B. Johnson Space Center and later the Director of the University of Houston’s STEM Center and Aerospace Engineering College (where she still is today). Dunbar has published several papers and patents, including a patent on the impact of a microgravity environment on experiments within the space shuttle Columbia.

Dunbar has spent several years advocating for students—both men and women—to pursue a career in engineering. She says that men, too, must see that women engineers are needed to create an inclusive environment for all.

“We need to depart from a lot of the very stereotypical ideas about what human beings are capable of doing…if we’re going to continue leading in this next century.” 1