What do you think of when someone says “desert?” Rattlesnakes? Camels? Sand? What makes a desert a desert? Well, a desert is defined as “any area that receives less than 10 inches a year of rainfall.” It turns out that more than 1/5th of our Earth is covered in deserts. If you combined the world’s 10 largest deserts, they would be larger than four and a half times the size of the whole United States! Deserts aren’t just made up of sand dunes and cacti. In reality, deserts can even exist in cold climates or mountainous terrain.

The sand dune deserts, like those in the Great Sand Dunes National Park in Colorado, actually only make up 10 percent of the deserts around the world. The other 90 percent consists of coastal deserts, cold deserts, and semi-arid deserts.

Deserts best illustrate the harshest living conditions on Earth. Deserts have even helped NASA to simulate conditions on Mars! Specifically, research and exploration of the Mojave Desert has led to new findings for NASA.

How exploring the desert can help with space exploration 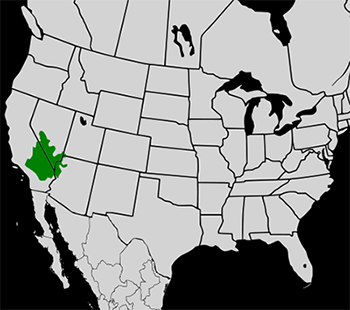 Although this is a large desert, it is not even close to some of the larger desert sizes located across the world. The largest desert is the Antarctic Desert in Antarctica, which is 5,500,000 square miles. That’s one and a half times the size of the United States!

Simulating Mars and the Moon

The geological properties of the Mojave Desert:such as its rough terrain, dryness, and density of surface materials (e.g. rocks, sand, etc.):makes it an ideal location for NASA’s space travel simulations. Mars is the only planet in our solar system that we have identified deserts.

To simulate Mars, they chose the Langford Well Dry Lake bed, which is surrounded by rocky flats and giant sand dunes. These locations are similar to the physical characteristics on Mars. Although we are still years away from landing a human on Mars (See “Exploring space” for more details), it is vital that this equipment:its cameras, spacesuits, and robotic rovers:are able to one day traverse Mars. Let’s take a look at these three different characteristics and find out what makes deserts like Mars.

You may be wondering, “What is a dry lake?” A dry lake is just like it sounds, it’s a previous lake that did not drain into other rivers or oceans and dried up in the past.

These dry lakes form when rain fills the depression and then later evaporates. The only vegetation includes salt-tolerant plants like “saltbrush.”

Again, a rocky flat looks exactly what it sounds like:a flat desert area with rocks. This site was especially important for NASA’s testing, because the desert on Mars (called the Martian Desert) was captured by the probe Spirit in 2004. While exploring Mars, they examined surface rocks that were similar to rocky flats using a laser beam.

Sand dunes occur in several different shapes and sizes and are formed by the flow of air or water. They require semi-barren or dry conditions and strong wind conditions to pick up the sand. The largest dunes are found inland in dry regions where there were once lakes or sea beds.

Desert sands move by strong wind conditions through a process called “saltation.” Saltation is the process by which sand that is picked up by wind then moves and hits other sand particles forming a sand cloud. Sand threatens human development in areas close to deserts. This process of saltation can ultimately lead to a dust storm, which is detrimental to towns, cities, and agricultural land because sand can destroy the productivity of farm land and can cover buildings making it less accessible. To see the different types of sand dunes and how they form, visit this site.