Guidelines for Removal of Traffic Control Devices in Rural Areas

It is commonly regarded that the overuse of traffic control devices desensitizes drivers and leads to disrespect, especially for low-volume secondary roads with limited enforcement. The maintenance of traffic signs is also a tort liability concern, exacerbated by unnecessary signs.

The Federal Highway Administration?s (FHWA) Manual on Uniform Traffic Control Devices (MUTCD) and the Institute of Transportation Engineer?s (ITE) Traffic Control Devices Handbook provide guidance for the implementation of STOP signs based on expected compliance with right-of-way rules, provision of through traffic flow, context (proximity to other controlled intersections), speed, sight distance, and crash history. The approach(es) to stop is left to engineering judgment and is usually dependent on traffic volume or functional class/continuity of system. Although presently being considered by the National Committee on Traffic Control Devices, traffic volume itself is not given as a criterion for implementation in the MUTCD.

STOP signs have been installed at many locations for various reasons which no longer (or perhaps never) met engineering needs. If in fact the presence of STOP signs does not increase safety, removal should be considered. To date, however, no guidance exists for the removal of STOP signs at two-way stop-controlled intersections.

The scope of this research is ultra-low-volume (< 150 daily entering vehicles) unpaved intersections in rural agricultural areas of Iowa, where each of the 99 counties may have as many as 300 or more STOP sign pairs. Overall safety performance is examined as a function of a county excessive use factor, developed specifically for this study and based on various volume ranges and terrain as a proxy for sight distance.

Four conclusions are supported: (1) there is no statistical difference in the safety performance of ultra-low-volume stop-controlled and uncontrolled intersections for all drivers or for younger and older drivers (although interestingly, older drivers are underrepresented at both types of intersections); (2) compliance with stop control (as indicated by crash performance) does not appear to be affected by the use or excessive use of STOP signs, even when adjusted for volume and a sight distance proxy; (3) crash performance does not appear to be improved by the liberal use of stop control; (4) safety performance of uncontrolled intersections appears to decline relative to stop-controlled intersections above about 150 daily entering vehicles. Subject to adequate sight distance, traffic professionals may wish to consider removal of control below this threshold. The report concludes with a section on methods and legal considerations for safe removal of stop control.


Guidelines for Removal of Traffic Control Devices in Rural Areas


Low-volume rural intersections: How much control do they need? 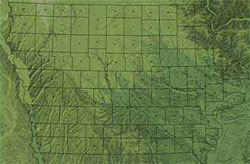